It's a freezing day in the British mid-winter and I've been outside in the freeze for most of the morning. What I could really, really do with is a mug of warm soup. Of course instant soup is out of the question - it's always laden with pepper.

Does anyone have any ideas for making a quick soup? Leek and potato seems the obvious combination. Perhaps we should make it in the autumn and freeze it.

This little problem pushed me quite a long way from instant food to preparing most meals from basic ingredients. But preparing months in advance, traditional style, now that's another big leap.

Email ThisBlogThis!Share to TwitterShare to FacebookShare to Pinterest
Tags: soup 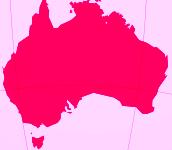 I've been meaning for a while to pull together some thoughts about sunshine- arising from the success of my summer holiday in 2010.

We went somewhere a great deal sunnier than usual - that is not in Great Britain (which is currently sunny - but is without exception overcast and wet during the "summer" holiday season). The upshot was the disappearance of the Splodge. Remember the Splodge? It ended up covering my chest with the shape of a mirror imaged Australia - and seems to have been caused by penicillin and the penicillin-like mould in Stilton cheese.

And during that summer holiday it disappeared - "burnt" off by the rays of the sun in spite of my using copious quantities of as hyposensitive sun cream I could find. At the time it felt like hot sun and plenty of fresh salt water made the difference - but maybe there's a simpler explanation.

I was talking to somebody about this - and they said: "Maybe you need to move to somewhere sunny". - like Australia?

Since then there's been plenty of evidence suggesting the benefits of vitamin D - which comes from sunlight. Only this week some European experts called for everyone to get  a daily ration of sunlight:
http://www.englemed.co.uk/12/12jan121_vitamin_d.php

Here's another one, also from sunny Spain last year:
http://www.englemed.co.uk/11/11may191_asthma_sunlight.php

There is a lot more. I've read other reports suggesting that vitamin D may help reduce inflammation.

It all adds up. So I'm doing my best to get my 15 minutes daily exposure to the sun. Not sure we're moving to Spain yet!

Reflections and reactions after Christmas

I seem to be ultra-sensitive to salicylates again - and it's all my own fault. Just a little bit too much self-indulgence over Christmas.

For instance tonight I was picking the purple chocolates out of tin of Cadbury's Roses. These have a nut, surrounded by sweet toffee in a chocolate shell. No I did not eat the nut - it was easy to eat the chocolate and the toffee, remove the nut from my mouth and throw it away and nobody else in my family likes nut chocolates - so nobody would complain.

It didn't work - it was clearly too much exposure as my throat rapidly swelled up. It's been the same for days. Every small breach creates a reaction. On New Year's Eve I was at a party and was offered some mini spring rolls on the grounds they probably contained beansprouts and carrots. I wish. They contained some nasty mushed vegetable goo. On Sunday my other half pointed out I had sprouted a rash on the left side of my face. I also had jaw-ache on the left hand side. I took a montelukast last night and another one tonight.

So what does this say? I had three glasses of wine over Christmas - two on Christmas Day and one on Boxing Day - in spite of resolving not to. Reviewing the experience of previous years, it seems as though the effects of wine are long-lasting. I used up whatever tolerance I have - even with the aid of montelukast.

I wonder whether I can resist in Christmas 2012?