I don't know for sure that the cappucino I had in the airport on Wednesday was caffeinated but I'm assuming it was.

This is what happened:
I stayed wide-awake during the flight- despite being desperately short of sleep. I took some very nice photos.
I had a nap when I got home to catch up - that worked.
By late Wednesday night my head was swimming and I felt like I was about to faint. 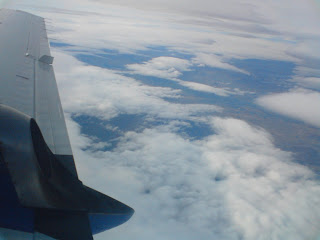 I took a singulair just in case.
Yesterday, Thursday, I woke up with tooth-ache. The irritation caused by a bit of food stuck between my teeth appeared to have become a raging inflammation of the gums and I spent some time thinking maybe it was time to see a dentist.
My left eye also became sore and I was struggling to read anything.
Although I had a good solid night's sleep, by early Thursday afternoon I was struggling to keep my eyes open.
Then during the evening the toothache subsided. Today my gums are fine and my eyes are fine.

I think that was the effects of caffeine.